[pullquote]As the summer gears up, Village Living magazine sits down one-on-one with many of Toronto’s leading Chef’s to discuss their Inspiration, Motivation and Trends from their perspective. Check-in each week and discover all the great reasons to Visit Taste of Toronto 2015.[/pullquote]

When I arrived for our interview Cory Vitiello had been on the back patio doing a bit of touch up painting from winter damage. I asked if he was a jack of all trades, he humbly replied that he did a lot of painting… and dishwashing. There is no “chef-show” going on at the Harbord Room. Cory is quick to say that it’s a collective effort, all the people from both front and back of house. It’s obvious that he sees the team as a family. I couldn’t help but feel that he would have happily included any number of the staff to sit down and join in with my Q&A. Where do you find your inspiration? Cory Vitiello: “Mostly working along side the guys in the kitchen. Robbie, my co-chef brings a lot of ideas to the table. I’ve got a pretty good idea of what our patrons want and look for in a dish and from that we try to create dishes for The Harbord Room. Staff that we work alongside of every day have ideas… local produce comes in every day, suppliers too… we’re always really blown away by the quality of products that we’re able to get here.” What are some of the most exciting culinary trends right now? CV: “We know what works in this area. The problem with creating a dish that everyone loves, you try to keep it on the menu but it often comes to a point when we chefs fall out of love with it and don’t want to cook it anymore which isn’t really fair. I guess the tacos and po-boys and burgers… “(I asked if he really felt that burgers were a trend) “You know 8 years ago burgers were not standard on menus… not the case now. I guess they aren’t much of a trend really, they’re the cornerstone of the restaurant and something we’ll never kick. It’s more of a lifestyle. We’re the type of guys who when we go out we want to have a beer and a burger and not feel the need to spend $60, $70. It’s giving the customers the option to just have a relaxing meal.” Is there something that you wish Toronto had more or less of? CV: “I’m happy that the “bacon-on-everything” is done. What is your favourite place to shop for ingredients? CV: “We do a lot of markets, lots of independent foragers and farmers, co-ops of farmers, small suppliers that don’t have the means to distribute. Probably 75% of our product comes to us… maybe 30 suppliers we deal with… some as small as a one man operation.” Where do you like to eat when you go out in Toronto? CV: “Here quite a bit! But yeah, when I go out for a burger, I mean Marben is some of the best in the city. Richmond Station. Nota Bene’s brisket burger has always been a favourite of mine. When I go out I’m a little more casual in the past few years, my ideal meals are just a rustic bowl of pasta, more times than not I gravitate toward friends restaurants where I know the front of house or back of house, people I grew up in the industry with, just supporting them, they’re the same people that are patrons at our restaurant as well. My all staple, memos ordered dish would be the garganelli at Terroni… one of the best pastas in the city.” Where is your favourite place to travel for food? CV: Vienna was probably my favourite food city.. a selection of sausages on the streets… picking them up with your hands and dipping them in mustards, and some of the more famous dishes and of course the famous patisseries.” (I asked if this had influenced his own style) “No, I don’t think so. It was just so out of the box. The main city centre was just a jewel box of pastry shops and beautiful sausage makers. I have an insatiable sweet tooth and so that stuff just grips me. The craftsmanship that goes into the work is just so nice to see that still alive.” What was the last thing you ate? Woodlot yesterday. I had the cavatelli which was lovely, and the empanadas and a steak and salad. That’s a good example of going to a good friend’s restaurant and just eat what’s sent to you.” Do you have a motto by which you live your life? CV: “I think it’s summed up in the restaurant world, all extensions of my life. I think it’s just being hospitable and kind, conscientious and courteous. It’s why we’re in this industry, to make people happy… yeah, just being kind, that’s it.” 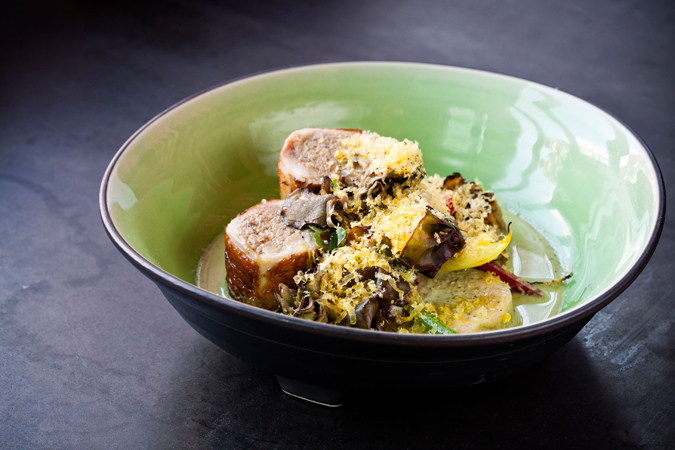 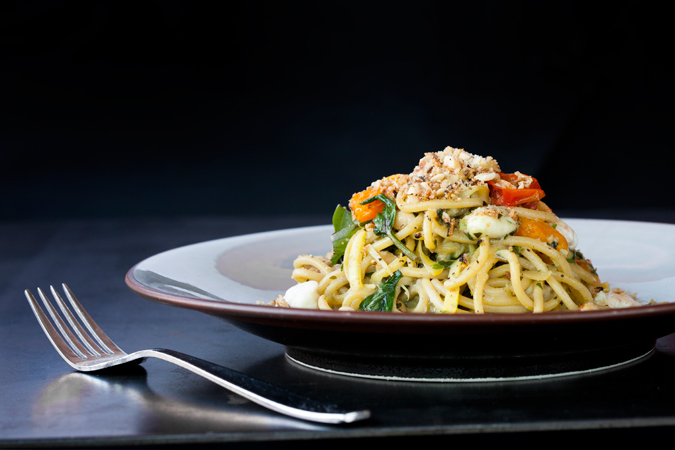 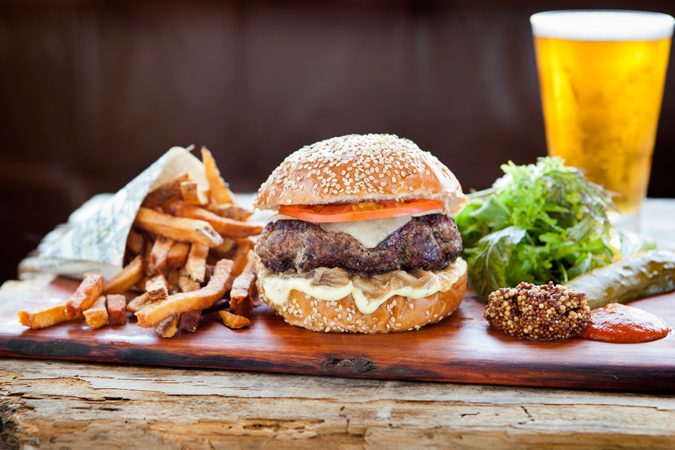 That is it. Cory Vitiello was as welcoming as though I were in his own home. He talked about his co-workers as though they were family. I suspect he would say that they ARE family. A true team effort with a humble and thoughtful spokesman.

Order your Tickets today by visiting Taste of Toronto Online.